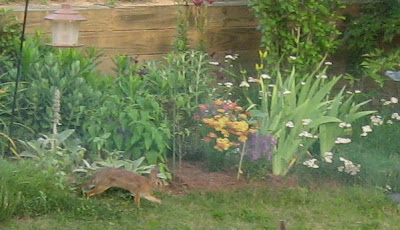 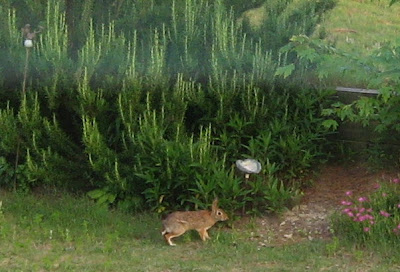 . . .wildlife is everywhere! The other week, I saw a fox crossing the road (had it been a second slower or I a second faster, there would have been a collision!), a neighbor recently had a large opossum as roadkill in front of her driveway, last year one of my photographs of a Black Widow spider won an award in a photography contest. And yesterday, there was this hare in my garden! Plant damage and droppings had indicated the presence of rabbits for a long time, but a hare? In broad daylight? It ate for a while from the seed birds had dropped on the ground from one of the feeders, then hopped around, disappeared, came back and left.
Posted by Lya Sorano at 12:18 PM