. . . in England and Upstate New York.
Just after we ended our conversation about gardeners and Social Media, Silvia and Karen, I went outside to cut some lettuce and pull tomatoes off the vine for this evening's salad. Aaah - the joys of fresh produce in late October! 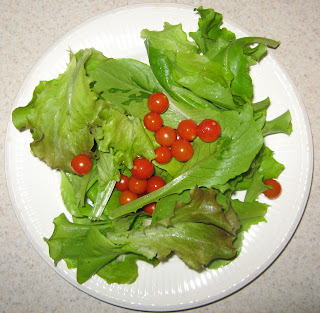 The lettuce is a mix of 'Garden Babies' and 'Monet's Garden Mesclun', both from Renee's Garden. The tomatoes are 'Red Currant', off a give-away plant f﻿rom the State Botanical Garden in Athens.
The lettuce is just about finished, but there are still hundreds of little green tomatoes on the vine; I don't think they'll ripen before the first frost. This is the tomato to try again next year!
Oh, I did dress it before I ate it! Added salt, pepper, half an avocado and a few croutons and then two teaspoons of a dressing made of a mix of 2 T. EVOO, 1 T. balsamic vinegar and 1 t. Dijon mustard - yummy! 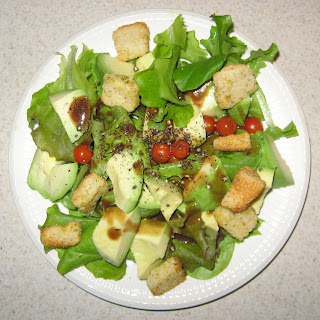 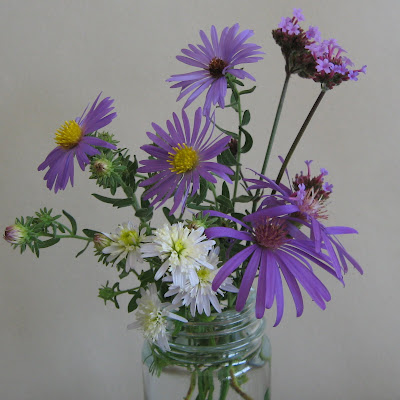 Empty jars make great vases! This one contains a Fanny's Aster (the one with the yellow heart), a Georgia Aster (the other blue one), a Japanese Aster (lovely white flowers) and (top right) a Walking Verbena.
Late October, no frost yet, so there are still many plants in bloom. 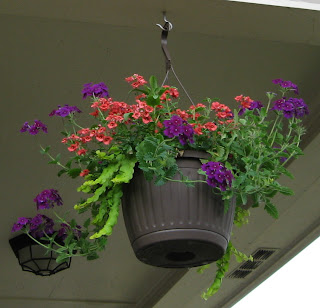 Along with a deep purple Verbena, this hanging basket is filled with Diascia, Lysimachia and a few Pansies that ﻿were between blooms when this picture was taken.
Posted by Lya Sorano at 5:11 PM 1 comment:

Yesterday may well have been the most perfect day since I left the city behind and bought “a cute little house in the country”.

After a few e-mails and communications with two clients right after daybreak, I went outside with the 3-cup “Buongiorno” coffee mug an employee left behind in my office more than two decades ago, I made an inspection tour of my garden and came up with a plan for the morning.

Then I head this persistent, intermittent hissing . . . . from the sky above? 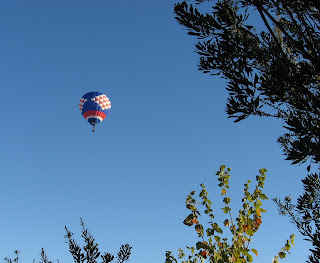 I had noticed several of them overhead Saturday morning, on my way to co-hosting a “plant clinic” at a Big Box store, so I was not entirely surprised. Instead, it was very nice: a balloon race two days in a row! That first balloon was followed by three more and I saw two additional ones at tree-top level in the distance, but their launch did not seem to happen today. 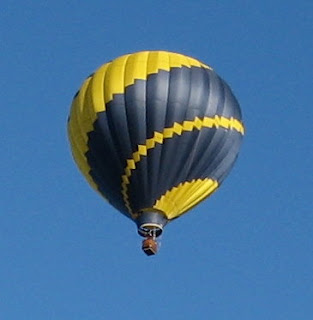 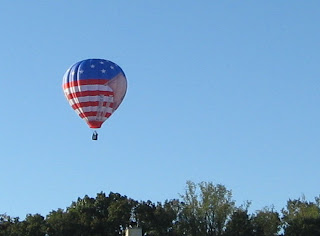 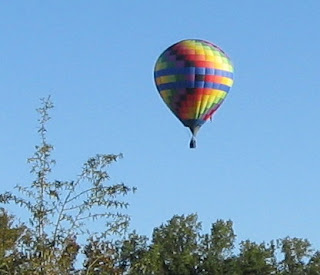 Saturday, I bought the first supply of Violas for my winter garden. Yesterday morning, it became quickly clear that planting them would be a challenge. Unless memory fails me, last Friday marked 3 weeks without rain. The soil is so dry! Even with watering once a week (more frequently for my patio and porch plants), there is not a speck of moisture to be found in the soil.

Nevertheless, I pulled up three Angelonias (huge, still green, but with few flowers) and replaced them with some of the Violas. I also dug up three Daisy “babies” from a backyard clump that had become too large and put them in the same border. Keeping my fingers crossed for next spring! 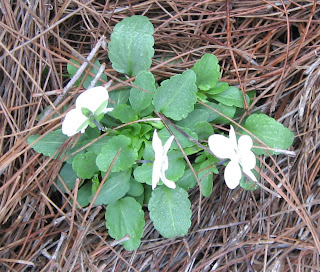 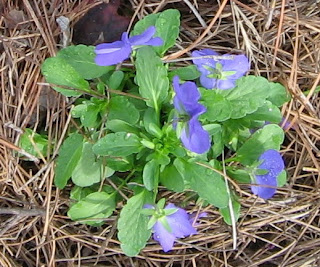 For Wednesday, we have a “20% chance” for rain – fingers crossed again, trying toes as well! – so further planting will wait. But clean-up work is ongoing, with old stems from perennial Salvias removed, invading Bermuda tendrils dug up, “Farmer’s Organic” mulch added, pine straw added, and watering here and there.

The afternoon ended with a glass of wine, a pear and a handful of pecans in my garden. It’s taken six years, but I can now boast of having a shade garden – sort of. Small though it may still be, I sat in the shade of one of my maples, with birds singing around me, pale yellow butterflies (and an occasional orange one) flitting about, the buzz of bees in the mums and swamp sunflowers behind me, and it was a good afternoon.

Maybe the best day since leaving the city in the distance, certainly for a gardener who is still a novice at the craft.
Posted by Lya Sorano at 12:51 PM 1 comment:

Balloons over my Garden! 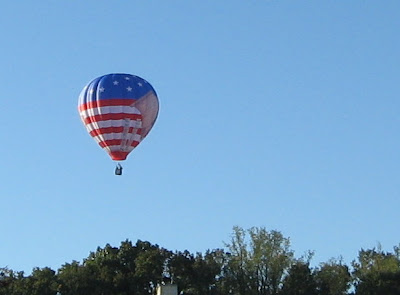 What a delightful suprise, early this morning!
Posted by Lya Sorano at 3:49 PM 3 comments:

My spring crop of lettuce did not work out; the weather became too hot, too soon. But I had some left-over seeds, so decided to try again now that fall has brought us cooler temperatures. 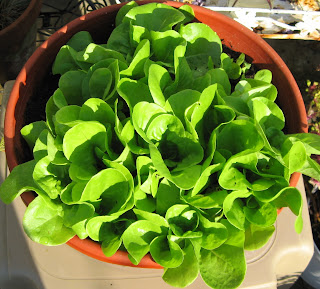 Next week's salads are growing nicely.
Posted by Lya Sorano at 8:12 AM No comments:

One of my neighbors told me the other day he expects the coming winter will be colder than normal.

Today I read: " . . .and warmer than normal conditions during December-February along the Gulf coast of the United States." in a press release from the World Metereological Organization. We are not exactly at the Gulf coast (300+ miles away), but it's as close as I can get to a land area identified in the press release.

Received from one of my Vietnamese friends. 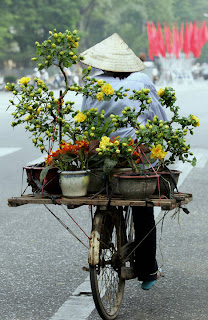 The woman is probably transporting these plants from her home, where she has grown them, to a market. Or perhaps she bought them at a market and is taking them home, where they will adorn a courtyard.

Whatever the situation, I thought you might enjoy the picture as much as I did when I found it in my in-box.
Posted by Lya Sorano at 7:01 AM No comments: